Windows Server 1803 (Semi-Annual Channel release) and the upcoming Windows Server 2019 introduces a big change for the DSC Pull Server in the form of SQL support. Having SQL as a (supported) backend unlocks a lot of potential for the “inbox” DSC Pull Server (making it more alive then ever). In this blog post, and the following blog posts in this series, I’m exploring some of the options that came to my mind and hopefully will get you inspired as well!

The main pain points for the “inbox” DSC Pull server have always been about scalability, availability and the lack of administrative capabilities. This all changes with the SQL backed pull server. Things like, fetching reports for a single or multiple nodes (with or without knowledge of the AgentId up front), figure out what nodes are under management of the pull server and options to change the configuration name server side have all become very easy. Also, creating a farm of Pull Servers is not possible without any hacks. 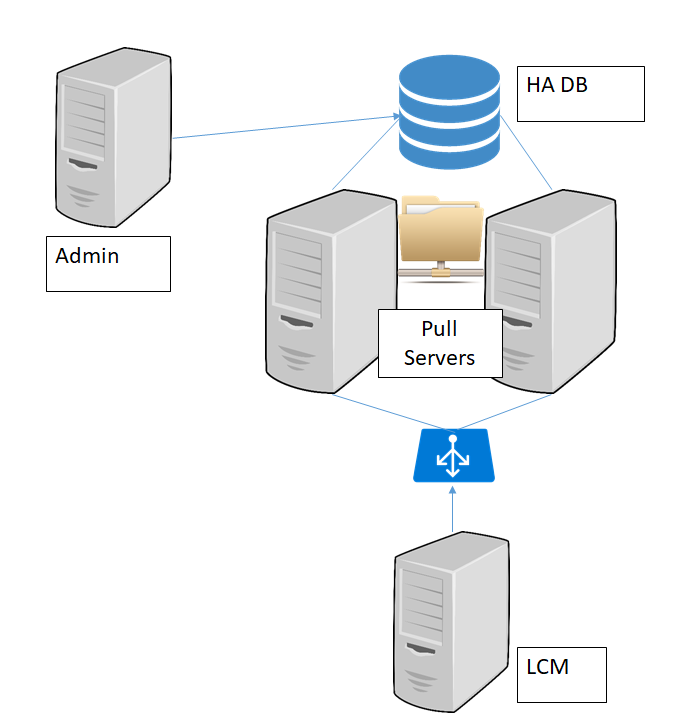 As you can see in the picture above, we can now have a HA SQL Database (I tested on both SQL Server and Azure SQL), one or more Pull Servers targeting the same database and sharing configuration mofs, modules and registration keys using shared storage. Also drawn in the diagram is an Administrative interface with SQL. For now, just know it is possible to interact with SQL directly but keep reading the posts in the blog series as I will layer things on top of this, like a REST API, to enhance the accessibility and usability for Administrative purposes.

For this post, I’ll setup a single (and simple, and unsecure) Pull Server with a SQL Database using the following DSC configuration.

As I’m using the Default Switch on my box, both VMs have the mshome.net domain suffix.

So let’s run this configuration. 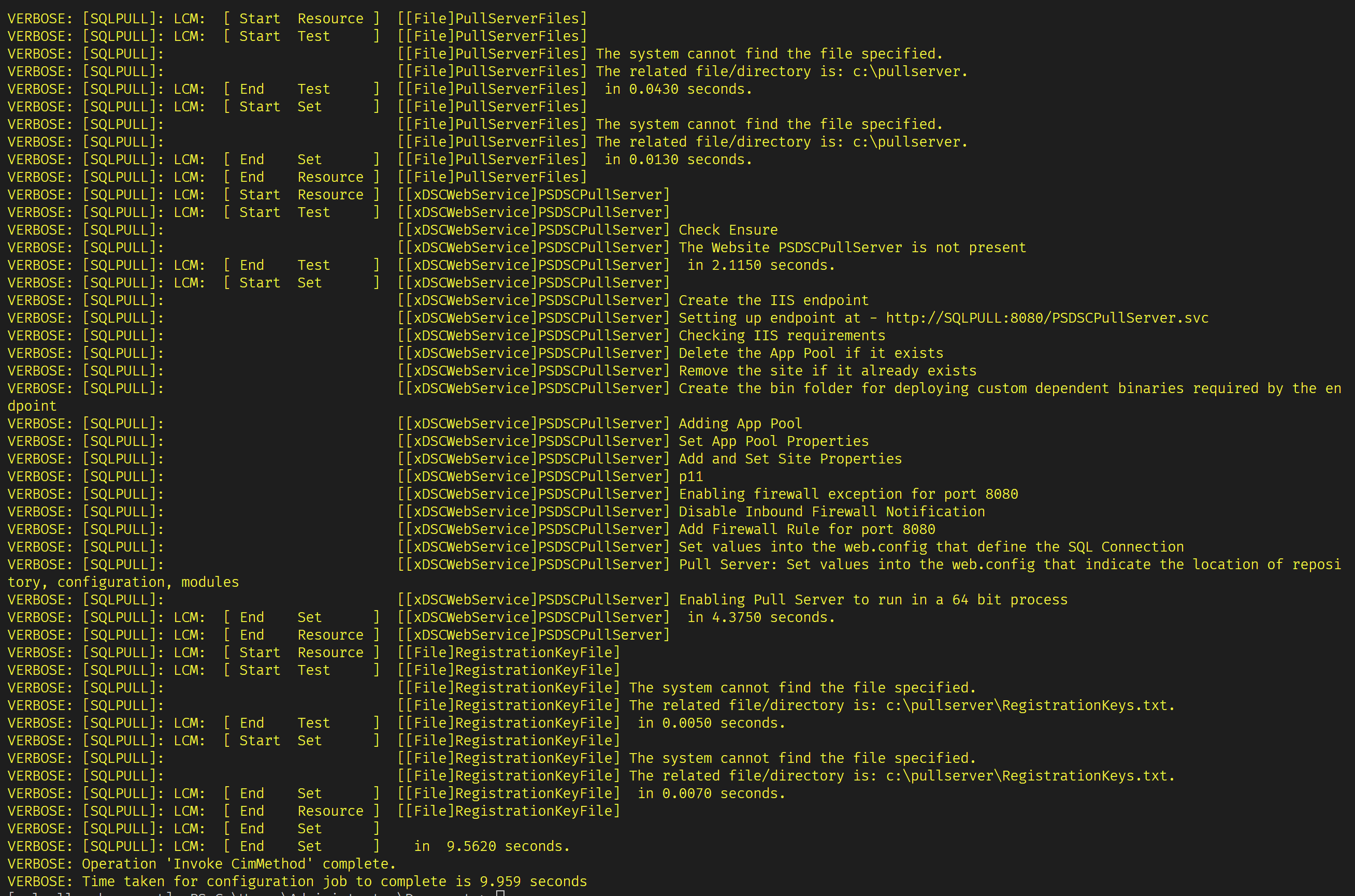 As you can see, the connection string is stored in plain text. So if you need to have this encrypted, you need to take additional steps.

The database is not created yet as the API has not been called in any way. 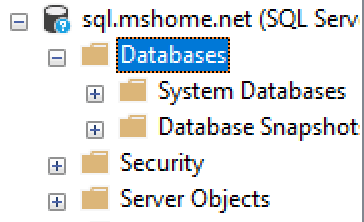 We can force the creation by just calling the api manually. 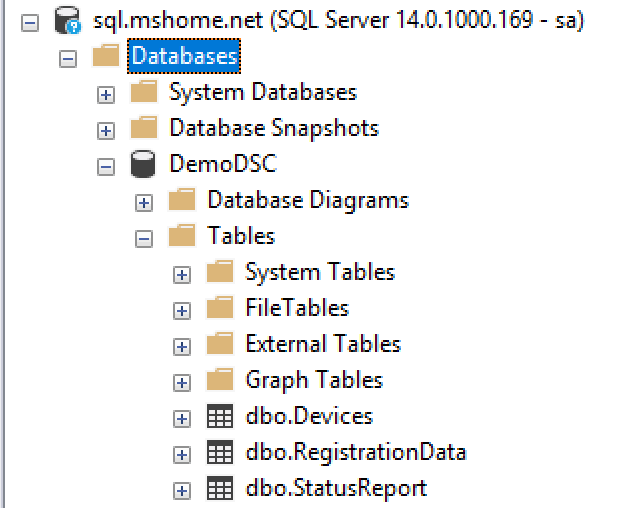 A database is created containing 3 tables:

Great! we now have a SQL backed pull server and nodes can start onboarding! Also scaling it out is as simple as running the same configuration on a second pull server and having a loadbalancer in front of them. Second and additional servers will connect to the same database and thus know about all the registered nodes. You just need to handle the content of c:\pullserver to be synced between all servers or have it coming from shared storage like storage spaces direct.

That is it for this post. To be continued!